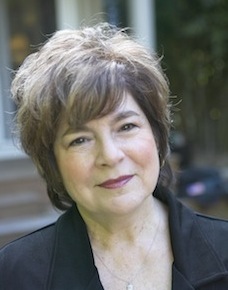 Jane Shore teaches Creative Writing (Poetry), Modern and Contemporary Poetry, (with an interest in Elizabeth Bishop) and related subjects. She has received fellowships from The John Simon Guggenheim Foundation; The Radcliffe Institute; she was an Alfred Hodder Fellow at Princeton ; a Goodyear Fellow at The Foxcroft School; and she twice received grants from The National Endowment for the Arts. In 1989, she was a Jenny McKeen Moore Writer at The George Washington University where she has taught ever since.

Her second book, The Minute Hand, won the 1986 Lamont Poetry Prize, awarded by The Academy of American Poets (U Mass. Press.)

Music Minus One was a 1996 National Book Critics Circle Award Finalist in Poetry (Picador USA.)

Happy Family was published by Picador USA in 1999.

Her last book of poems, A Yes-or-No Answer, was published in 2008 BY Houghton Mifflin Harcourt, and was awarded 2010 The Poets Prize.

That Said, New and Selected Poems was published by Houghton Mifflin Harcourt in 2012.

Her poem, “Who Knows One” was published in The Best American Poetry 2019, Scribner Poetry.

Her poems have been published in numerous anthologies and magazines, including The Norton Anthology, The New Yorker, Poetry, The New Republic, The Yale Review, Slate, and Ploughshares (where she has twice served as a guest poetry editor).