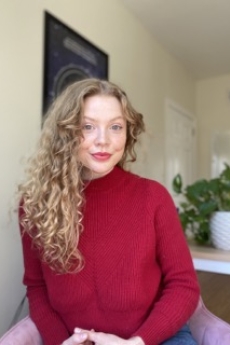 Rachel Canter (she/her) is a PhD student in English Literature at George Washington University. Her work focuses on gender and racialization in eighteenth-century British novels. She is particularly interested in how systems of captivity and perceptions of captivity organize the British eighteenth-century and its literature. She holds a BA degree in English Literature and French Language from Wright State University and an MA degree in English Literature also from Wright State University. She has presented her work at the Midwest Modern Languages Association and the American Society for Eighteenth-Century Studies. She has also written and presented on Jane Austen and literary translation. Her essay “Translating Jane Austen” is published in the Routledge Companion to Jane Austen (2021).